In this presentation Debra discusses successful implementation of proven approaches to walkway safety.

Learn how use a well-defined corporate mandate through claims resolution to assure just and responsible corporate conduct that respects human dignity without becoming a target for lawsuits! 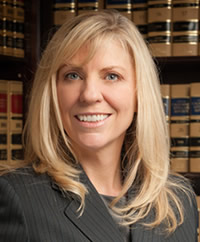 Debra Cook focuses her practice primarily in insurance tort and contract actions representing both Plaintiffs and Defendants in litigation in state and federal courts, including trial work and appeals.  She has defended commercial clients in personal injury walkway surface claims as well as managed the disposition of walkway surface claims against the leading manufacturer and distributor of tile and stone surfaces in the United States.  Additionally, she has prosecuted insurance bad faith claims and other commercial contract claims in state and federal court.  She was on the trial team that prosecuted an insurance contract and bad faith claim to jury verdict and the later appeal and cross appeal.

Prior to joining the firm, Ms. Cook worked as a litigation associate with a regional firm in Los Angeles County, where she litigated disputes for companies involving business torts, personal injury, and breach of contract claims.  Ms. Cook has argued several arbitration disputes to disposition.   In addition, Ms. Cook was the Risk Manager for Dal-Tile Corporation, the leading supplier of tile and stone products in the United States, overseeing eight trial defense verdicts.